Many will live their entire lives without going through what Molly Hughes has in her first two years on Earth.

“I don’t think people realize, until you actually go through it, just how hard it is,” said Molly’s mother, Chelsea Hughes.

For the first time, Molly Hughes is living a normal life. She deserves it after 15 excruciating months in and out of painful medical treatments.

It was just this January that Molly and her family celebrated the end of her chemotherapy treatments. Now the family has received the incredible news that Molly’s cancer has gone into remission.

“I kinda just fell to the ground after I got off the phone and I just hugged for her like five minutes,” said Chelsea.

Afer 130 nights in the hospital, Molly and her family are getting her caught up on all of the childhood she has missed.

“She loves being outside from the time she gets up ’til she goes to bed, she’s just wild,” said Chelsea. “So full of energy and just loves doing what a baby should be doing.”

Molly is trading in chemotherapy and radiation treatments for the simple joy of being able to play outside.

“With neuroblastoma, it’s so aggressive that they have to treat it that hard,” mother Chelsea explained.

From the onset of this incredible battle, Molly showed incredible resilience.

“She would just bounce back after every treatment. I mean it would knock her down for a few days, but then she’d be up playing,” said Chelsea.

The family believes that Molly’s strength was more than just her will. The cannot deny that their spirituality played an important role in Molly’s fight against cancer.

“I believe that’s what’s helped her get through is all the prayers she’s had and we just can’t thank everybody enough for praying for her and supporting us through all of this,” cried Chelsea.

The sound of her steps on the side walk is anything but a pitter patter. It is a defiant drum beat from a little girl that has reclaimed her life from the grip of a deadly disease. 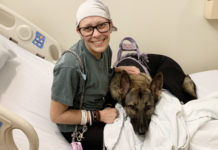 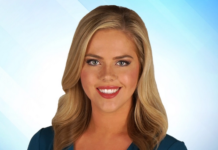 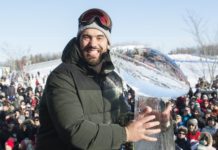